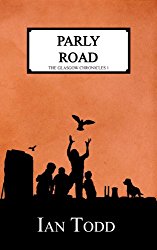 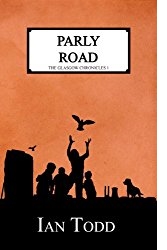 It is the summer of 1965 and things are looking up for ten-year-old Johnboy Taylor in the Townhead district of Glasgow. Not only has he made two new pals, who have recently come to his school after being expelled from one of the local Catholic schools, but their dream of owning their own pigeon loft or ‘dookit’ and competing with the city’s grown-up ‘doo-men’ in the sport they love, could soon become a reality. The only problem is that The Mankys don’t have the dosh to pay for this once-in-a-lifetime opportunity.

Lady Luck begins to shine down on them when Pat Molloy, aka The Big Man, one of Glasgow’s top heavies asks them to do him a wee favour. The Mankys are soon embroiled in an adult world of gangsters, police corruption, violence and crime.
Meanwhile, Johnboy’s mother, Helen Taylor, is busy trying to keep one step ahead of the local Provi cheque men and organising a group of local women to demonstrate against The Corporation Sheriff officers’ warrant sales.
Set against the backdrop of a condemned tenement slum area, the fate of which has already been decided upon as it stands in the way of the city’s new Inner Ring Road motorway development, the boys soon realise that to survive on the streets, they have to stay one step ahead of those in authority. The only problem for The Mankys is working out who’s really in charge.

Parly Road is full of the shadiest characters that 1960s Glasgow has to offer and takes the reader on a rollercoaster journey that has been described as irreverently hilarious, bad-assed, poignantly sad and difficult to put down.