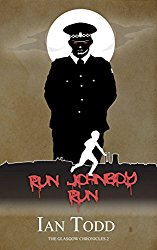 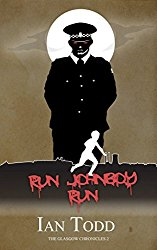 It is 1968 and The Mankys are back with a vengeance after thirteen-year-old Johnboy Taylor is confronted by a ghost from his past. The only problem is, he’s just been sentenced to 3 years at Thistle Park Approved School, which houses Scotland’s wildest teen tearaways. Without his liberty, Johnboy is in no position to determine whether the devastating revelation is a figment of his vivid imagination or whether dark forces are conspiring against him.
Elsewhere in the city, Glasgow crime lord, Pat Molloy, aka The Big Man, is plotting to topple those who he believes were responsible for putting him out of the city’s thriving ‘Doo’ business three years earlier. Unfortunately for him, The Irish Brigade, a group of corrupt police inspectors, who rule the city with an iron fist, are not about to stand by and allow anyone to dip their fingers into their honey pot, without a fight.
Meanwhile, Helen Taylor, Johnboy’s mother, has come up with a dangerous plan that she believes will finally overturn The City Corporation’s policy of selling their tenants’ household goods through humiliating public warrant sales. Reluctantly, she is forced to join forces with The Glasgow Echo’s sleazy top crime reporter, Sammy ‘The Rat’ Elliot, whose shadowy reputation of having more than one master makes him feared and reviled by the underworld and the establishment in equal measure.
Run Johnboy Run is an explosive tale of city crime in 1960s Glasgow, involving a heady mix of establishment leaders and gangsters, who will use anyone to keep control of the city’s lucrative underworld. The only problem is, can anyone really be trusted?
With more faces than the town clock, Run Johnboy Run dredges up the best scum the city has to offer and throws them into the wackiest free-for-all double-crossing battle that Glasgow has witnessed in a generation and The Mankys are never far from where the action is.