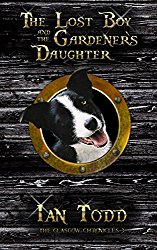 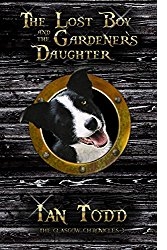 It is 1969 and 14-year-old Paul McBride is discharged from Lennox Castle Psychiatric Hospital after suffering a nervous breakdown whilst serving a 3-year sentence in St Ninian’s Approved School in Stirling. St Ninians has refused to take Paul back because of his disruptive behaviour. As a last resort, the authorities agree for Paul to recuperate in the foster care of an elderly couple, Innes and Whitey McKay, on a remote croft in the Kyle of Sutherland in the Scottish Highlands. They have also decided that if Paul can stay out of trouble for a few months, until his fifteenth birthday, he will be released from his sentence and can return home to Glasgow.
Unbeknown to the authorities, Innes McKay is one of the most notorious poachers in the Kyle, where his family has, for generations, been in conflict with Lord John MacDonald, the Duke of the Kyle of Sutherland, who resides in nearby Culrain Castle.
Innes is soon teaching his young charge the age-old skills of the Highland poacher. Inevitably, this leads to conflict between the street-wise youth from the tenements in Glasgow and the Duke’s estate keepers, George and Cameron Sellar, who are direct descendants of Patrick Sellar, reviled for his role in The Highland Clearances.
Meanwhile, in New York city, the Duke’s estranged wife orders their 14-year-old wild-child daughter, Lady Saba, back to spend the summer with her father, who Saba hasn’t had contact with since the age of ten. Saba arrives back at Culrain Castle under escort from the American Pinkerton Agency and soon starts plotting her escape, with the help of her old primary school chum and castle maid, Morven Gabriel. Saba plans to run off to her grandmother’s estate in Staffordshire to persuade her Dowager grandmother to help her return to America. After a few failed attempts, Lady Saba finally manages to disappear from the Kyle in the middle of the night and the local police report her disappearance as a routine teenage runaway case.

Back in Glasgow’s Townhead, Police intelligence reveals that members of a notorious local street gang, The Mankys, have suddenly disappeared off the radar. It also comes to the police’s attention that, Johnboy Taylor, a well-known member of The Mankys, has escaped from Oakbank Approved School in Aberdeen.
Back in Strath Oykel, the local bobby, Swein McTavish, discovers that Paul McBride has disappeared from the Kyle at the same time as Lady Saba.
When new intelligence surfaces in Glasgow that Pat Molloy, The Big Man, one of Glasgow’s top crimelords, has put the word out on the streets that he is offering £500 to whoever can lead him to the missing girl, the race is on and a nationwide manhunt is launched across Scotland’s police forces to catch Paul McBride before The Big Man’s henchmen do.

The Lost Boy and The Gardener’s Daughter is the third book in The Glasgow Chronicles series. True to form, the story introduces readers to some of the most outrageous and dodgy characters that 1960s Glasgow and the Highlands can come up with, as it follows in the footsteps of the most unlikely pair of road–trippers that the reader will ever come across. Fast-paced and with more twists and turns than a Highland poacher’s bootlace, The Lost Boy and The Gardener’s Daughter will have the readers laughing and crying from start to finish.